Right from its origins, Buronzo castle has been a place of encounters,  encounters between different territories, providing a point of contact between the plain and the Alps, along the Vercelli and Biella Baragge, and between the different cultures they represent. Since the Middle Ages, shepherds from Biella, herdsmen from Valsesia, merchants from Novara, “rice farmers” from Vercelli and charcoal makers from Val d’Ossola trod the ancient paths that cross between Cervo and Baraggia, around the castle, and inadvertently left traces of their passage in the traditional heritage local.

This wealth of inspiration makes Buronzo a place where it is always easy to find new approaches to discovering a land with plenty of environmental, historical and artistic potential, thanks in part to the extraordinary architecture of its castle consortium.

In this context that, within a project begun in 2014 and structured as part of the “Una Porta per il 2015” (A Door for 2015) programme, sponsored by EXPO 2015, the decision was taken to continue to enhance the multifaceted nature of the culture but including the field of culinary excellence.

The creation of an “Archivio dei Sapori” (Archive of Flavours) is a response to the desire to create a common heritage and shared knowledge and traditions, bringing together original, authentic testimonials from the lived experience of those who operate in the area most directly – Pro Loco, cultural associations and local associations – in order to facilitate contact and exchange between distant contexts. Occasions such as the “Il Castello e i suoi Sapori” (The Castle and its Flavours) event, which was first launched in 2012, or the numerous instances of cultural promotion that regularly take place in the halls of the consortium complex, provide moments when the archive is enriched and at the same time can be consulted and accessed so that its users can broaden their horizons and find original ideas, engaging with new contacts.

The Menu of the dinner under the stars 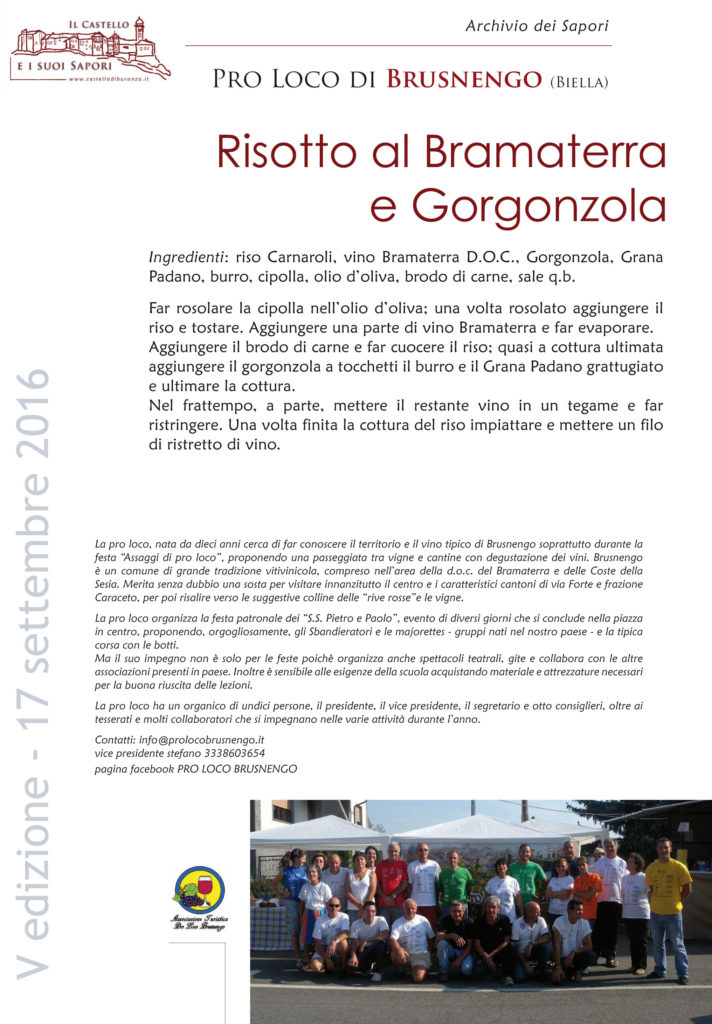 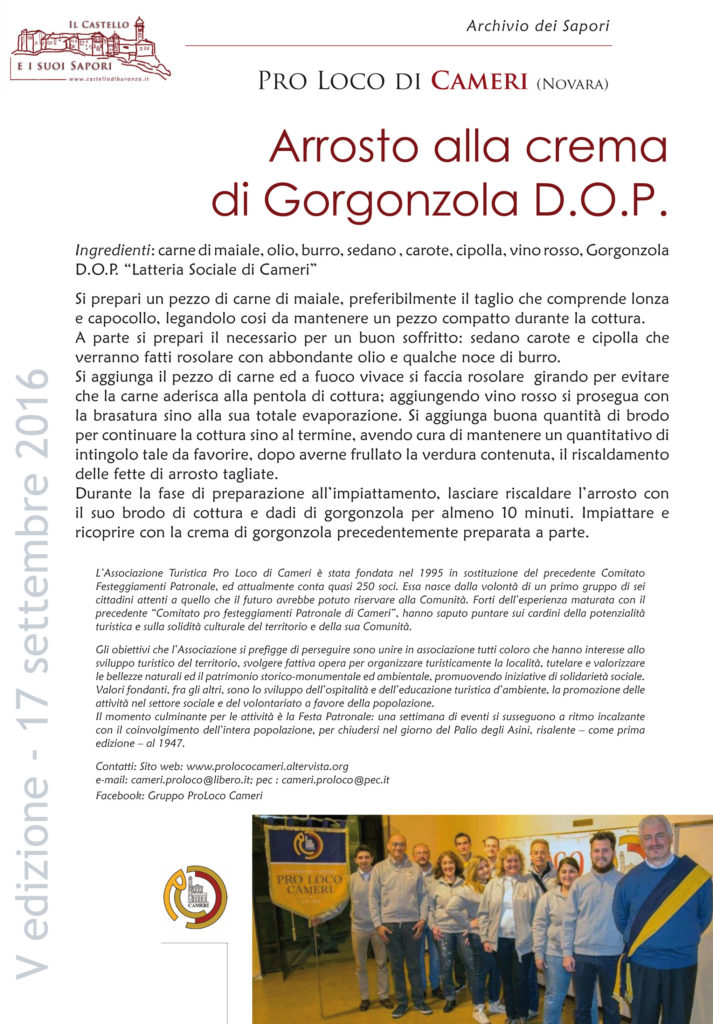 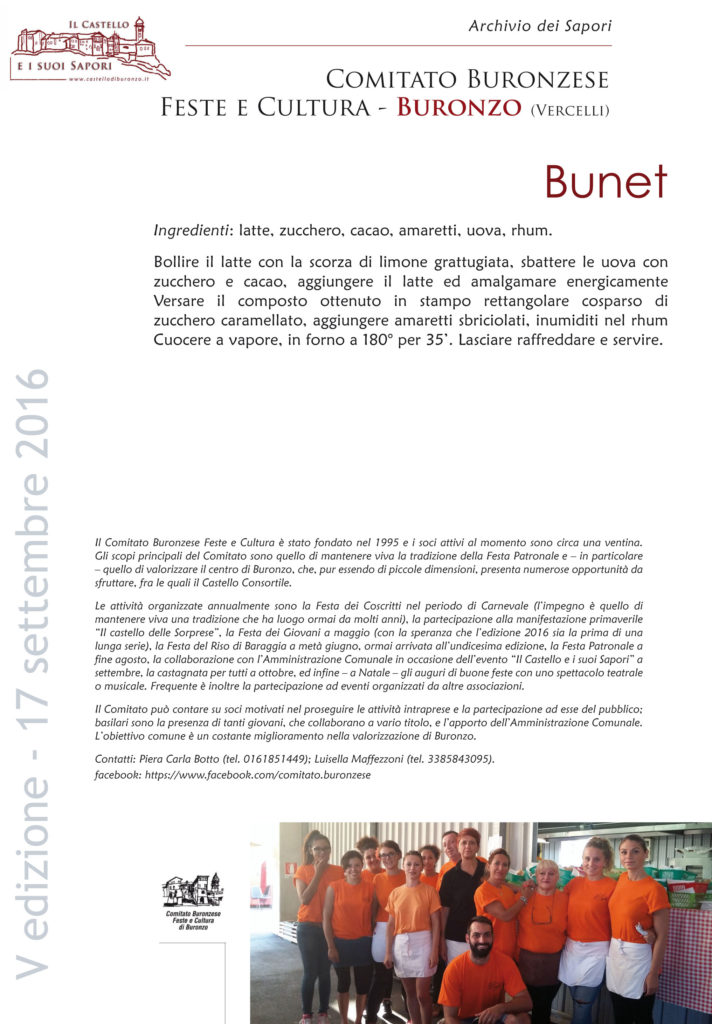 The Castle and its flavors 2016 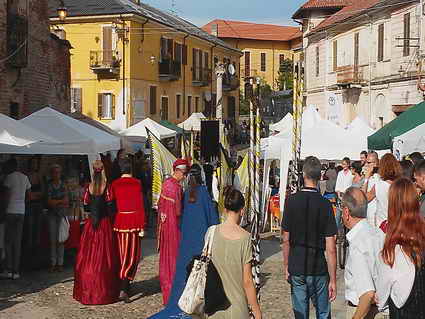