The castle and its flavours 2016

Saturday 17 September 2016: returning for the fifth year, the event “Il Castello e i suoi sapori” (The Castle and its Flavours) will  a variety of initiatives focused on excellence of the Eastern Piedmont territory take place around Buronzo consortium castle (VC).

Starting at 14:00, the old town of Buronzo will come alive thanks to a market selling typical local products, and the fun for children with various attractions, including a large inflatable and “face painting“. On the day, you can also visit the castle consortium, and discover the most beautiful nooks as part of a tour focussing on the outer areas with our guided tours. Visits start at 15:00, with later groups leaving at 16:00 and 17:00 from the ticket office at the entrance to the castle.

Throughout the day, many parts of the old town will be animated by ancient craft activities carried out by the folkloric group “Val di Treu”. Objects, gestures and techniques from times gone by can be admired and tried by visitors personally, who will have the chance to experience a world of folklore and tradition from the past of the lands of Piedmont. Making a great leap backward in time, the flag-wavers of Brusnengo will bring a breath of the middle ages to their show (between 16:00 and 18:30), while the music will take centre stage between 18:00 and 23:00 with street band “Eva Cèra”, who will engage audiences with roaming live performances.

In the evening comes the highlight: a comparison between the flavours of three regions – Vercelli, Novara and Biella – represented by the Pro Loco groups from Bianzè (VC), Brusnengo (BI) and Cameri (NO). They will be joined by Comitato Buronzese Feste  and Cultura to present a tantalising dinner under the stars, at a cost of €10. The theme for this fifth year is an encounter between cultures, in the wake of the initiatives begun last year as part of the project “Una Porta per il 2015” (A Door for 2015), which was sponsored by EXPO 2015.

The core focus is of course the castle consortium, where among other things there will be the chance to sample a menu (at a cost of €16) put together by Comitato Buronzese Feste e Cultura, maintaining a tradition that has now become unmissable, especially for the local community. 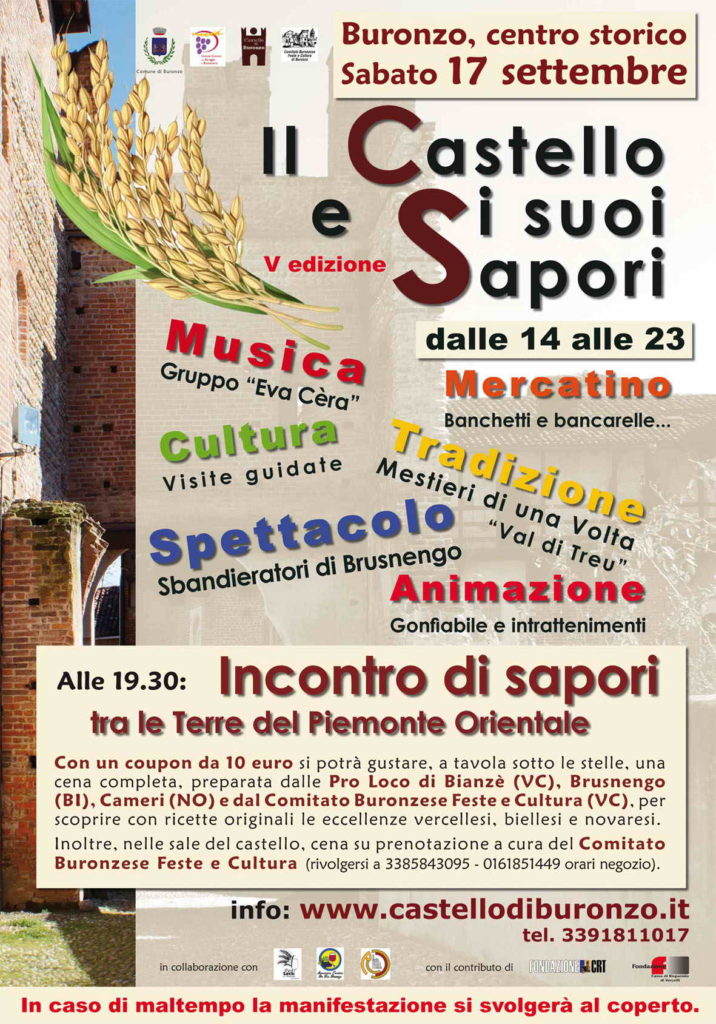 Dinner under the stars

Appetizer by the pro loco of Bianzè (VC)

First dish by the pro loco of Brusnengo (BI) 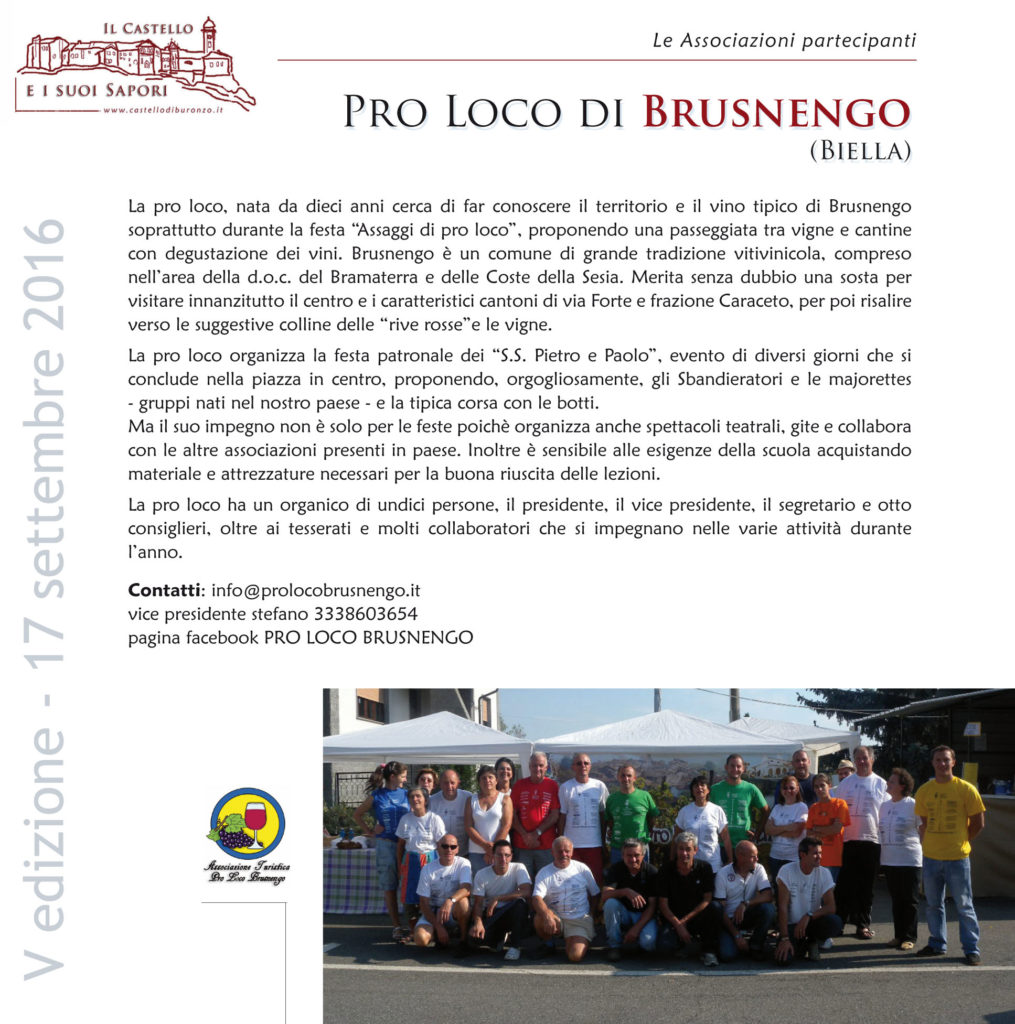 Second dish by the pro loco of Cameri (NO) 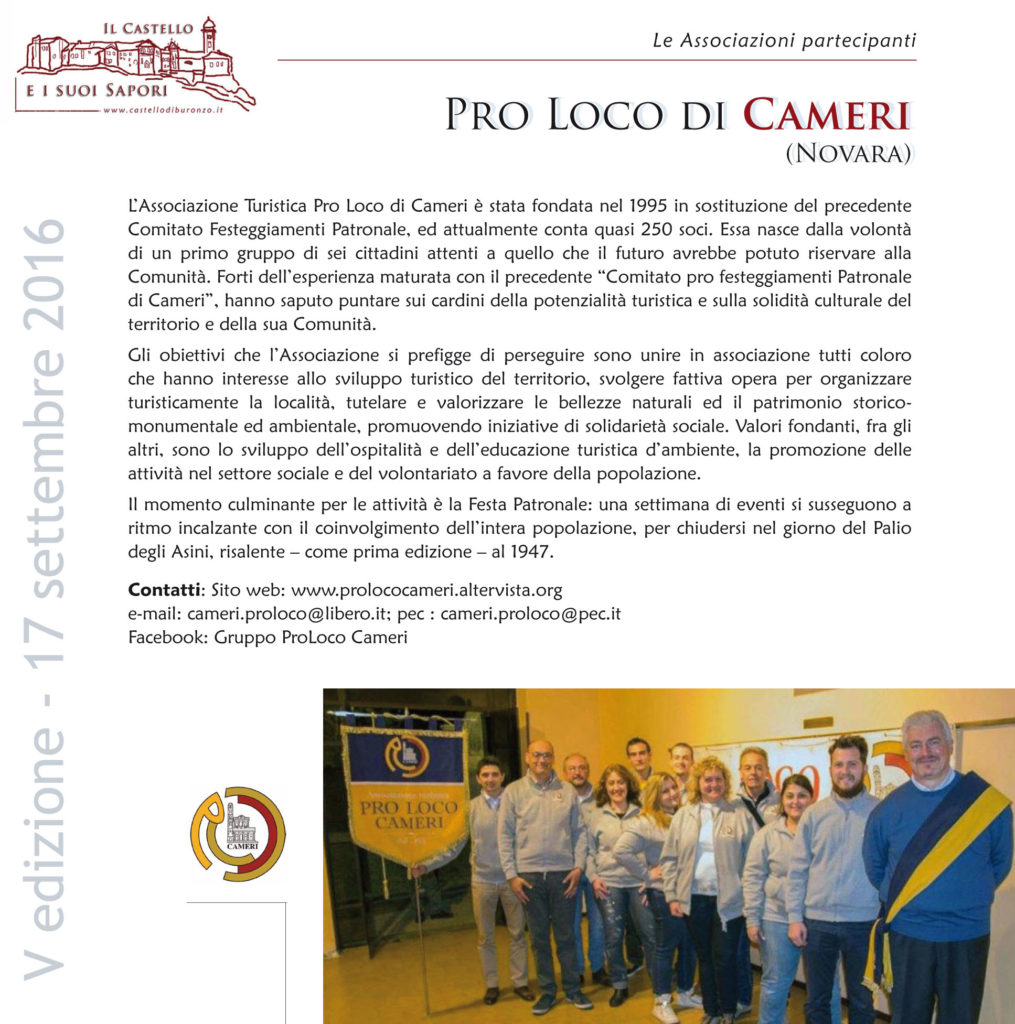 Dessert by the committee buronzese party and culture (VC) 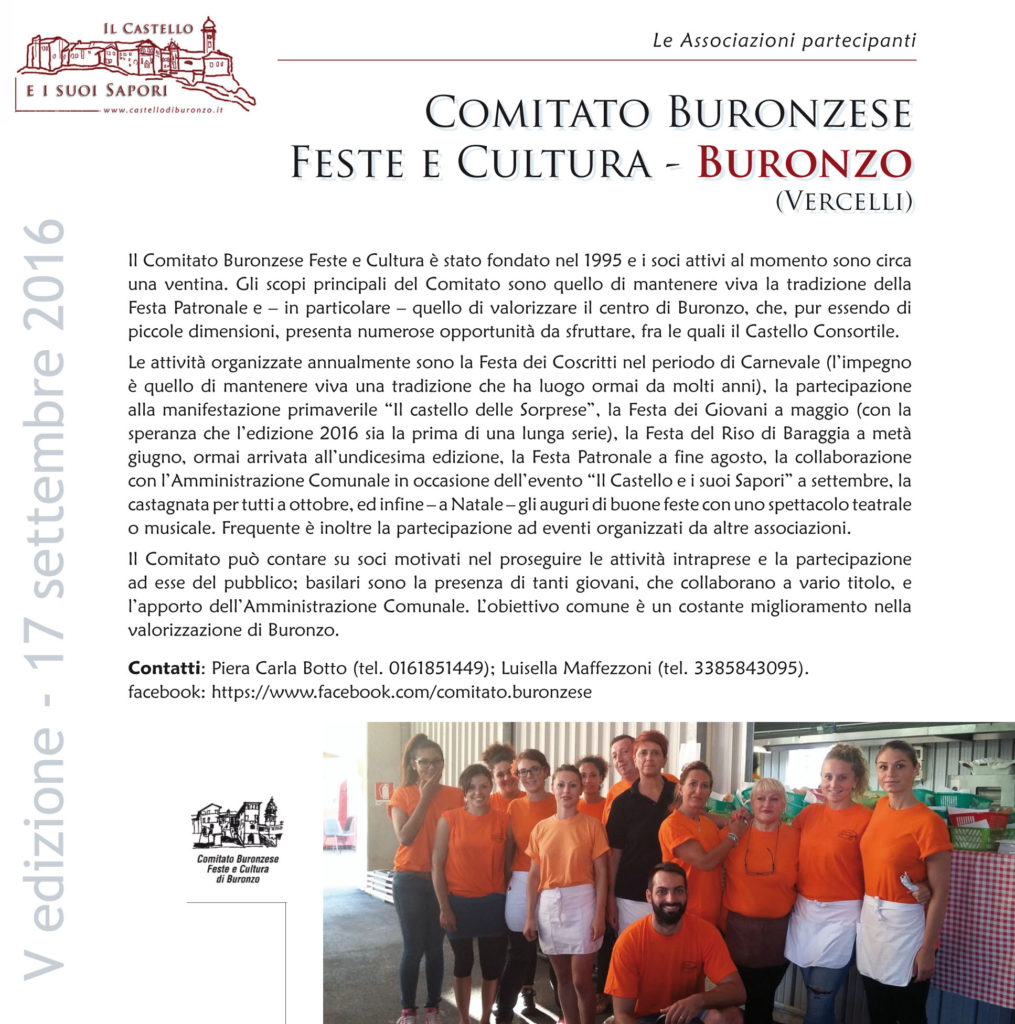